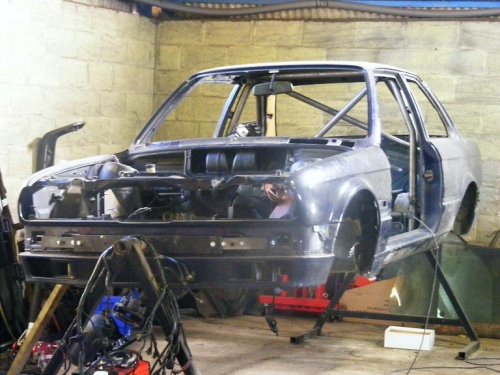 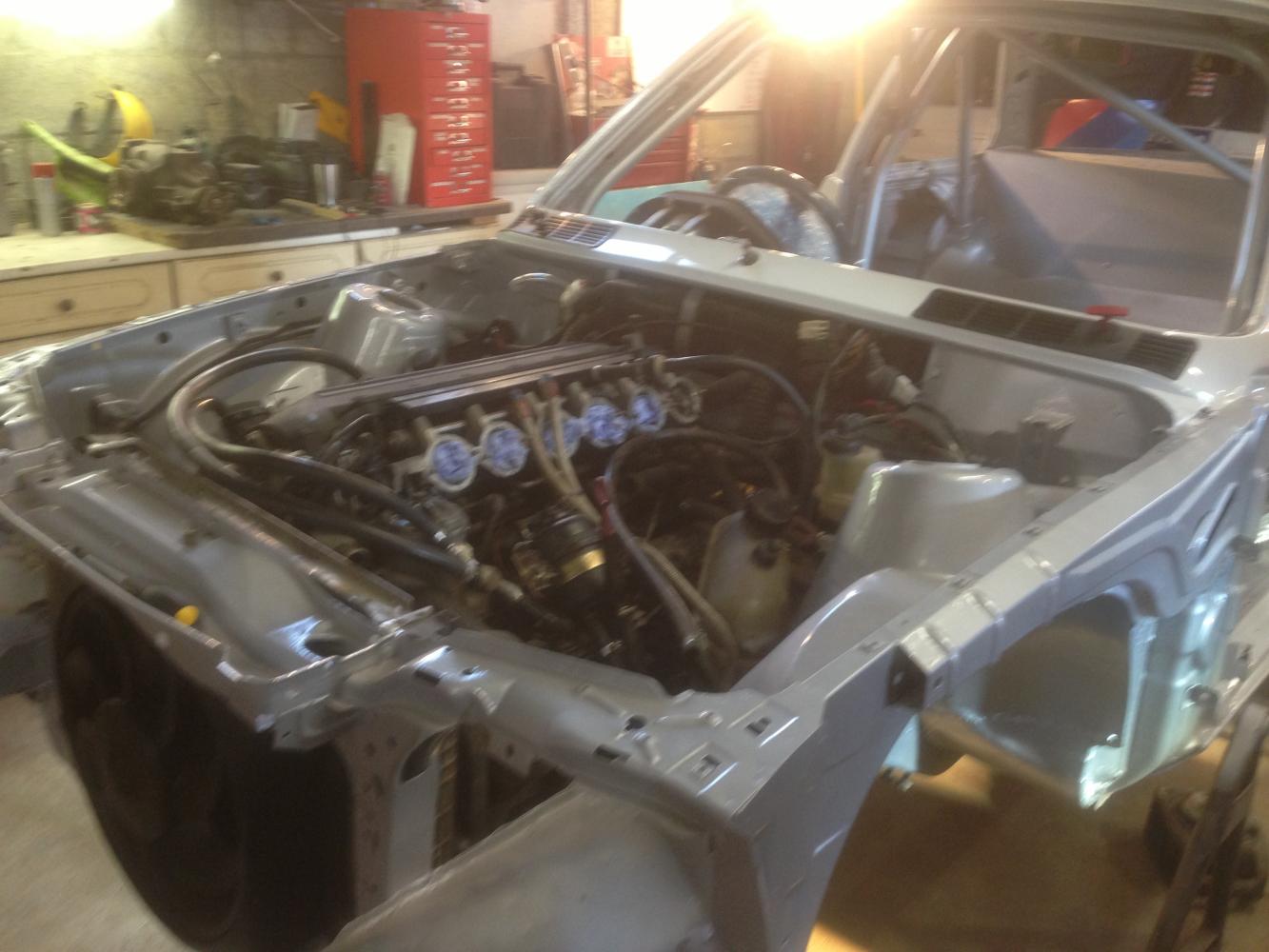 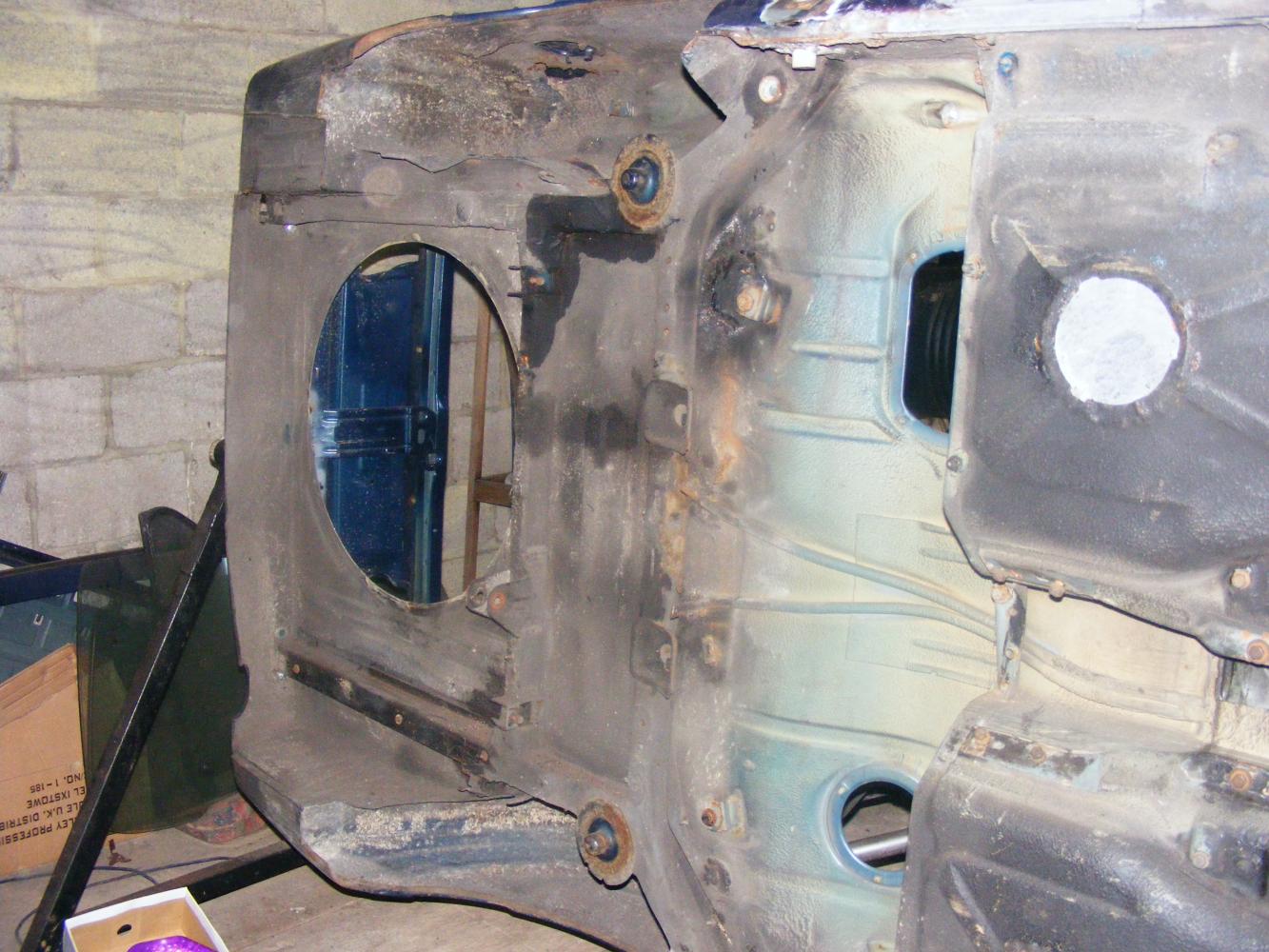 The car started its rallycross life for 2010 with a standard M20B25 6 cyl 2.5 engine that had already done 140K in a road car, a season and a half in Johns rally car before being dropped into the RallyX car. 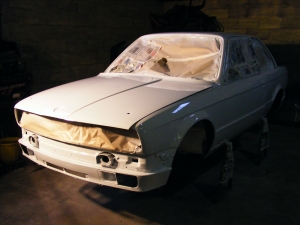 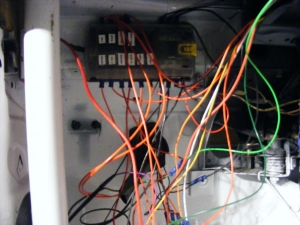 Needless to say towards the end of the 2010 season we knew we needed a different powerplant for 2011. So we were on the lookout for something suitable.  We eventually found this from a E36 M3, thought it should liven things up a bit. 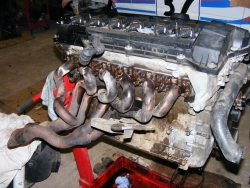 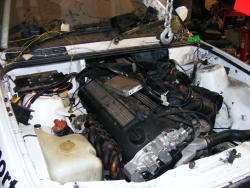 It went in easier than we thought but there was plenty to modify and fabricate including: Eng Mounts, St Rack and column, X member, G/Box X member, propshaft, Loom (ARGHHHHHHH) P/Steering pump & pipes, Flywheel & Clutch, Sump, Dipstick and others that have already forgotten about. 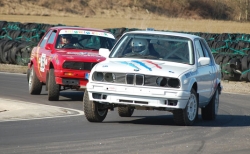 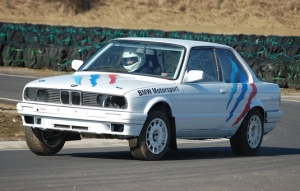 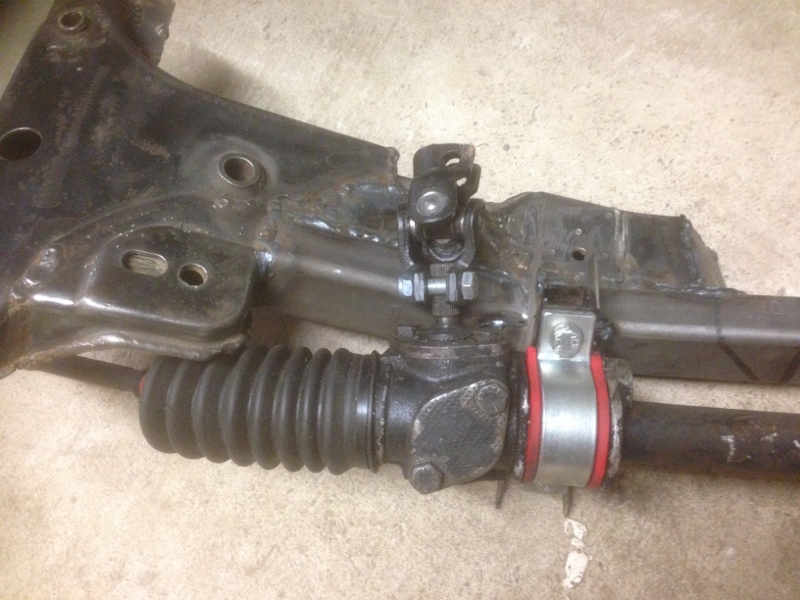 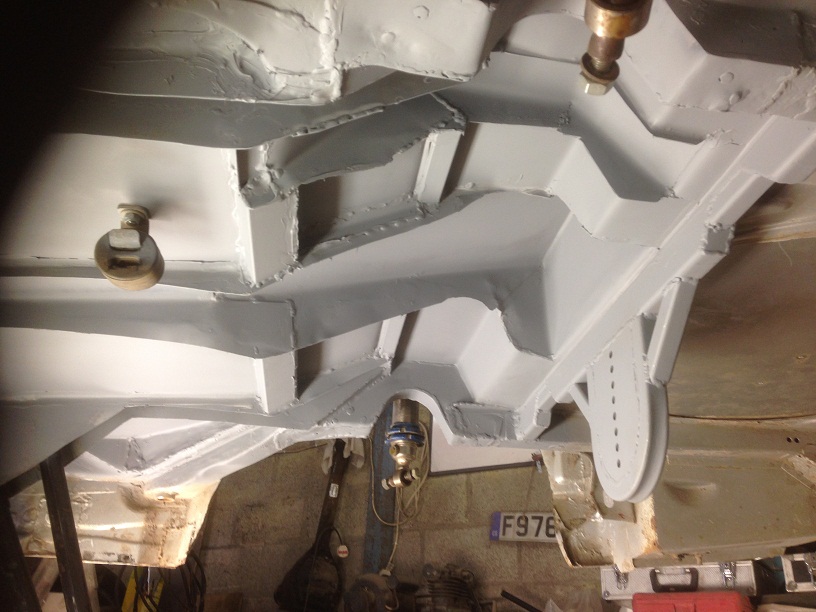 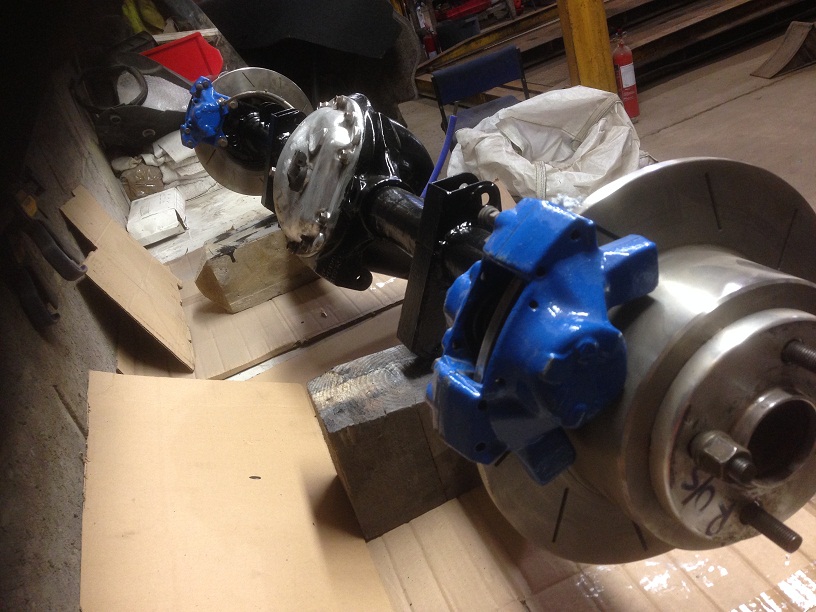 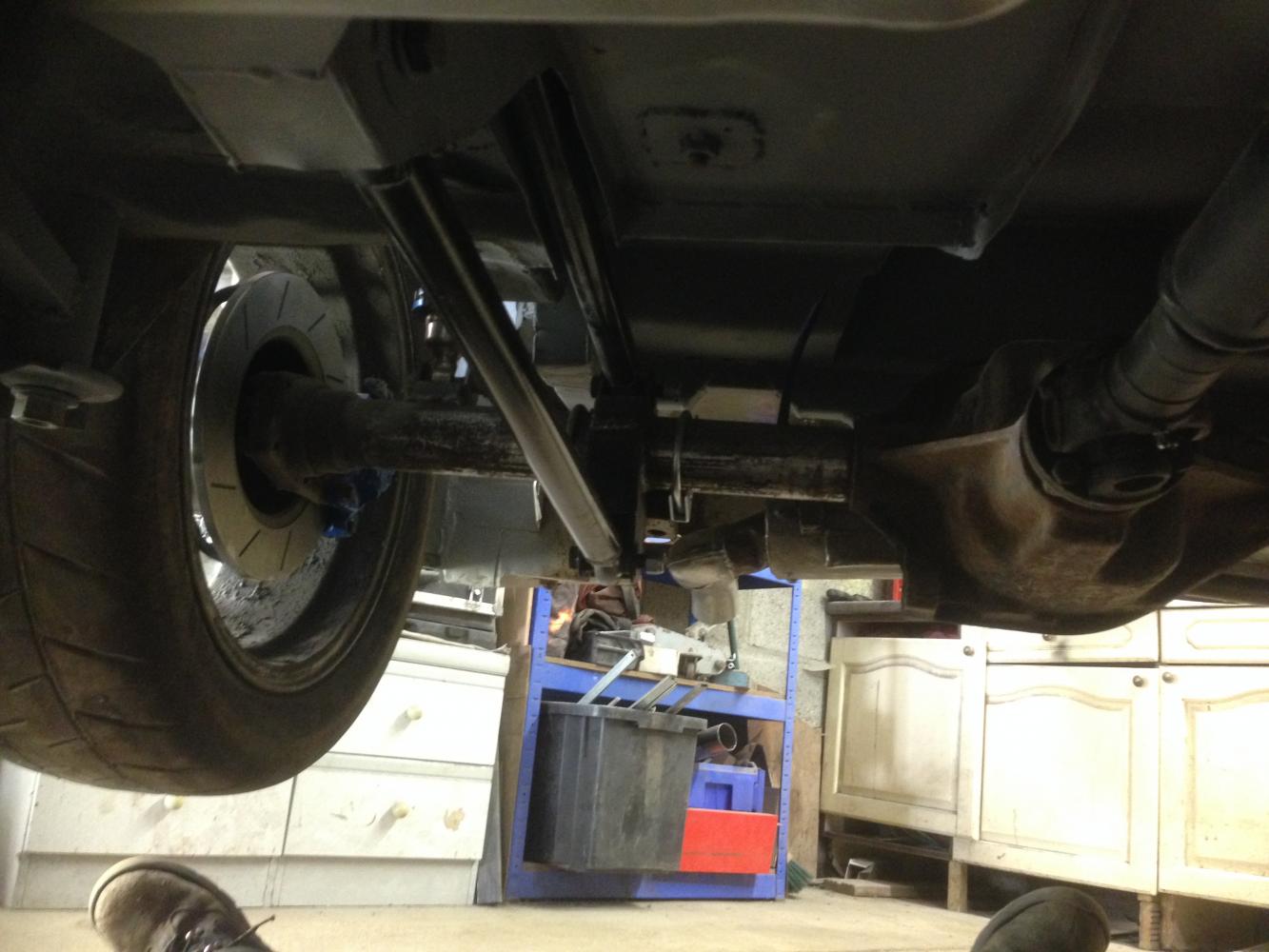 Johns Rally car was first built in 2008 as a replacement for the 3 Door Cossie, John fancied a go in the new BMW E30 Rally Challenge and so an E30. 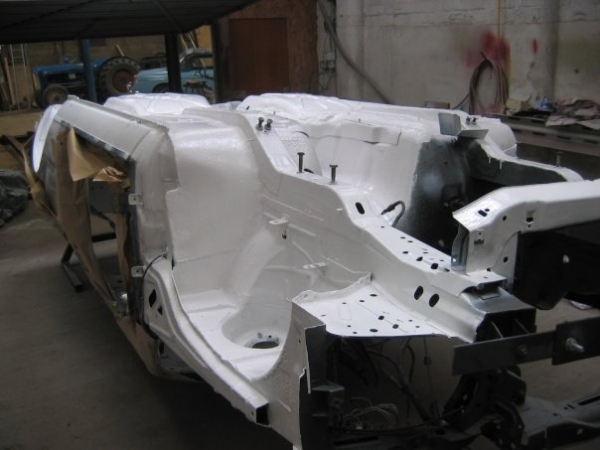 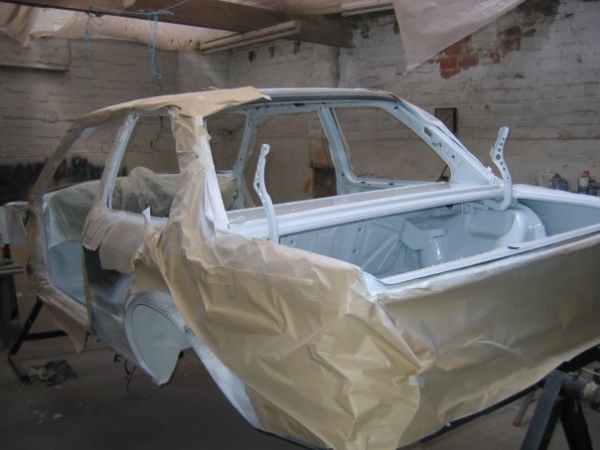 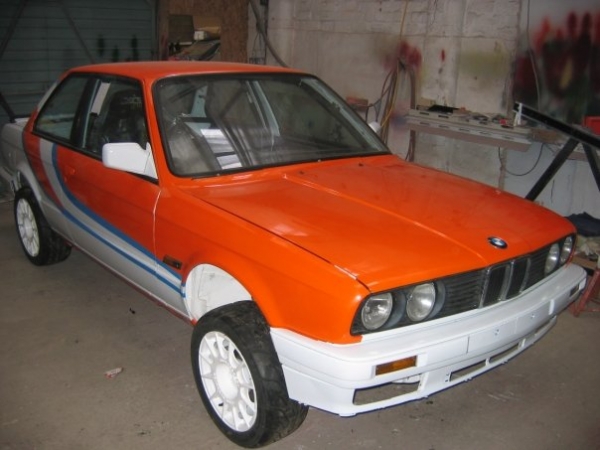 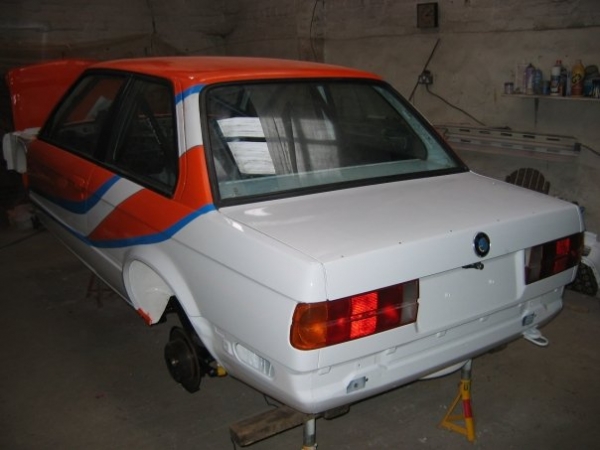 The Car stayed in this guise for a couple of years with John competing in various rallies Inc Rally Midlands, Trackrod, KallKwik, Malton Forest, Riponian and many others.   However after a particularly busy period with 3 events in two months and an empty bank account John was thinking about a change of scenery.  Rallycross was the suggestion from my side of workshop, an event at Croft and then a double header at Nutts, job done. We need a rallycross car then. Once Rallycross shell was built, the running gear from the Rally car was transfered to new shell. 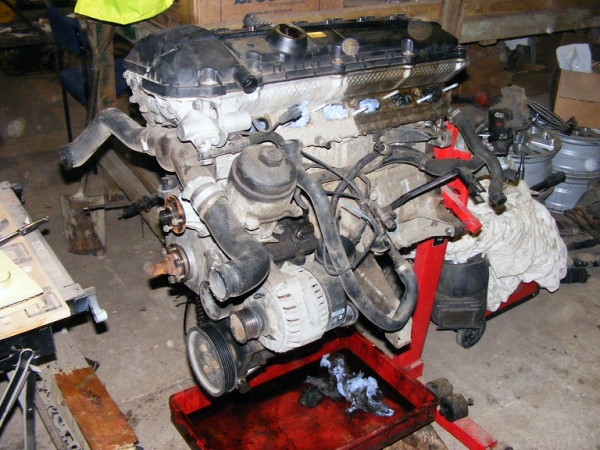 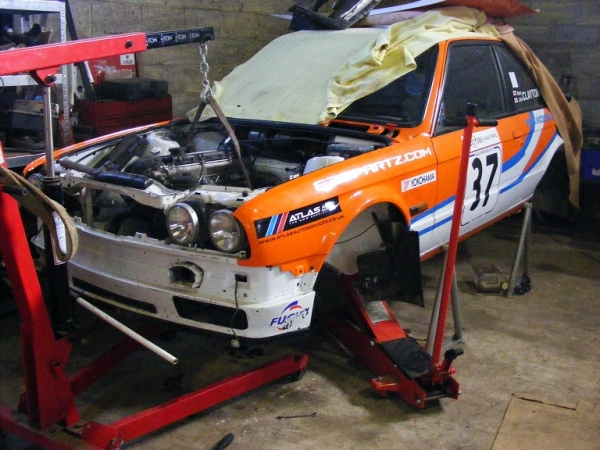 A new heart was required for the rally car, and with a S50 motor in the Crosser it made sense to try and keep as many parts the same as possible. So a E36 328i was procured, ran for 6 months on road the stripped.  The engine was fine with only the mains and big end bearings getting changed and a set of ARP rod bolts installed to stop her from falling apart.
The inlet on the 328 motor is reknown for been very restrictive and so what to do.  Do we bolt on the 325 inlet, nah too easy. John decided, after some soul searching that some carburettors would be nice.  I couldn't agree more, hence a Steve Bogg from Bogg Bross came to the rescue.  He sourced the necessary Blackbird carbs, fabricated an inlet manifold and later set it up on rollers. 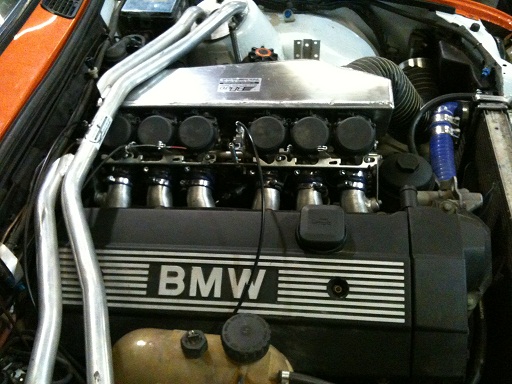